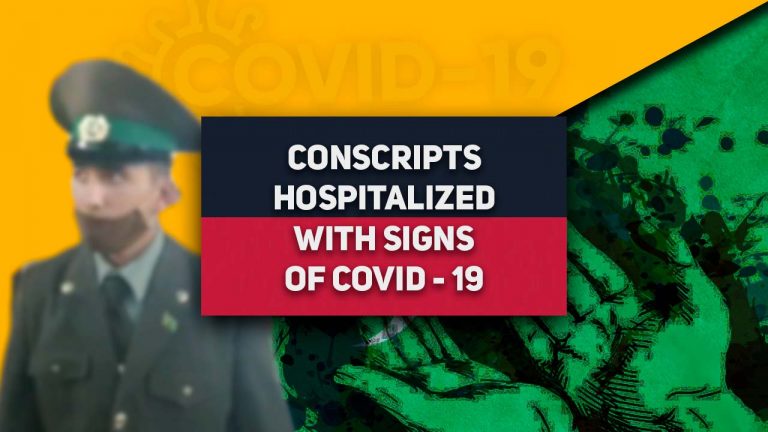 This became clear when the soldiers were transported to the military unit. It was then that it was discovered that most of the soldiers, almost 70%, fell ill with COVID-19.

All soldiers were hospitalized to the regional hospital. Their condition has been assessed as moderate.

According to the people who were direct witnesses of what was happening, the personnel of the transport railway department of the Mary velayat was also hospitalized. Among them there were 10 conductors.

10 servicemen accompanying the soldiers were also suspended from work and transferred to a hospital.

People are in a panic, the roads are closed, parents cannot get to the hospitals where their children are located.

There are also huge issues with treatment. There is no medicine, and everything has to be paid for by the families.

According to sources, the mother of one soldier cries and says she does not know what to do or how to help her child. “I don’t know how to come. Through whom to transfer even those pennies that I can find, I don’t know. It’s just some kind of disaster! Why doesn’t anyone care? “

Everyone is trying to “hide” this situation. People are in a panic, but so far the fear is stronger than the panic.